Jessica Burkhart is the author of the best-selling 20-book Canterwood Crest series with over 1.6 million copies in print in multiple languages. Her other works include the Unicorn Magic series and the stand-alone YA novel, Wild Hearts. She made her editorial debut with Life Inside My Mind: 31 Authors Share Their Personal Struggles. Visit Jess online at www.jessicaburkhart.com and Tweet her @JessicaBurkhart.

Jessica Burkhart was born in Nashville, Tennessee but has lived all over the place. As a kid and teen, she began penning articles and short stories with the goal of selling them to help lift her family out of poverty. Jess sold her first story for a whopping $5 and bought her family a delicious meal at McDonald's. She continued to be a freelance writer and eventually worked for several magazines, amassing over 300 published pieces. She dealt with severe scoliosis and had one of the most severe cases on record at her nearby Shriners Hospital. Jess had to have a life-saving spinal fusion at 14 which meant she was no longer able to ride horses. It was a devastating blow to Jess who spent her free time cleaning tack, mucking stalls, and exercising riding in exchange for lessons. With a broken heart, she packed away her horse books and movies, hoping to never think about horses again. She homeschooled from seventh grade through high school and started college at 16.

In 2006,  she heard about National Novel Writing Month, and at 19, she wrote her first novel, Take the Reins, (hey, she tried to stay away from horses, but it obviously didn't work!) during her senior year of college at Florida State University where she majored in English. Jess got a literary agent soon after and in April 2007, she sold Take the Reins as part of a four book series to Aladdin (Simon & Schuster.)

Jess went on to pen 20 books in the series. The books were published in French, Spanish, Russian, and Polish. After Canterwood, Jess wrote a YA novel, Wild Hearts, and four installments in a chapter book series called Unicorn Magic. She later edited a YA mental health anthology, Life Inside My Mind: 31 Authors Share Their Personal Struggles. Jess was dealing with demons of her own and fighting addiction. It took seven years before she got help. Now, she hopes to inspire others who might need a push in the right direction.

Jess lives in Western Illinois where she is busy writing the Canterwood Crest spinoff series, Saddlehill Academy, which debuts in summer 2023. In her free time, she loves playing Pokemon GO and Animal Crossing. In addition to novels, she's also screenwriting for TV and film. 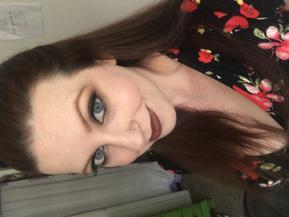