Available now for preorder! Releasing in bookstores on July 25, 2023.

Now that Abby knows which of her so-called friends is the one behind the video of her talking “trash” on Emery, she’d love to do something with that information—if only her blackmailer didn’t know Abby’s one real secret, the one she can’t risk getting out. So, Abby’s stuck. And, to make matters worse, she’s so rattled by the drama that it’s affecting her performance on Beau. Abby wants to be as great a rider as Sasha Silver, but how can she do that when she’s making rookie mistakes?

When tensions come to a head, Abby’s score at the shows isn’t the only thing in jeopardy—so is her place on the team. 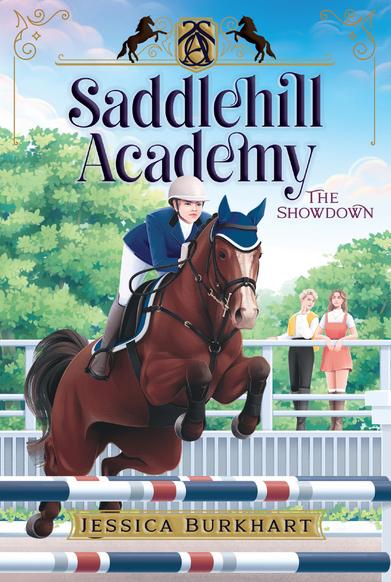 Available now for preorder! Releasing in bookstores on May 30, 2023.

Abby St. Clair can’t wait to start another season with her elite riding team at her boarding school. She has something to prove after literally falling on her face during the biggest competition of the year the previous season. And she could really use a win after her mom left her family, her dad remarried, and Abby’s new stepsister, Emery, proved to be a strong rider and stiff competition.

Abby wants to return to some semblance of normal but is hiding a secret: she accidentally cost her biggest rival, Selly, a chance at team captain. Then Abby begins to receive anonymous messages, threatening to expose her unwitting sabotage and a video that makes it look like she’s trash-talking Emery. With an important competition on the horizon and the knowledge that someone in her circle knows way too much about her, the pressure is on.

Abby tries to put on blinders and have the perfect meet with her horse, Beau, but she’s about to find out the hard way that secrets don’t make friends at Saddlehill Academy. 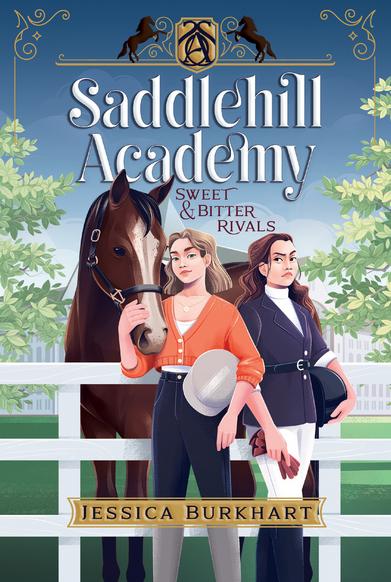